Well-placed listed developers will see strong response in the second half of the FY 2019-2020, says a report 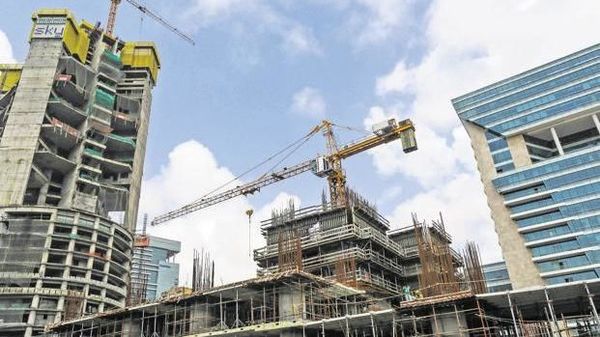 Large listed real estate developers will witness strong sales growth in the second quarter, analysts tracking the sector said, even as the overall sales volume is likely to remain weak impacted by the ongoing liquidity crunch and weak consumer sentiment.

In the June quarter, listed real estate firm sold 7.1 million sq ft of total housing units, up 20% from the year-ago period, as per data compiled by brokerage firm India Infoline Ltd (IIFL). However, on a quarter-on-quarter basis, it fell by 36%.

“The overall sector continues to look challenging because sentiments remain weak despite the cut in corporate tax. The change on accounting standard will also impact the sales number to an extent. New bookings for some of the leading firms like DLF Ltd look good but we don’t see a significant growth in the quarter,” said Abhimanyu Sofat, head of research, IIFL.

Despite the overall weak demand, firms like DLF Ltd, Oberoi Realty, Sobha Ltd and Prestige Estates continue to see steady performance and increasingly gain share in the overall real estate industry, according to analysts. Though most of these firms had held back on new launches in the September quarter due to extreme monsoon rains in some parts of the country, these realty companies are now gearing up for a slew of launches for the festive season.

“Q2FY20 was a slow quarter for the Indian residential market along expected lines with a heavy monsoon season along with overall macro-economic uncertainty causing developers to hold back launches,” said Adhidev Chattopadhyay, research analyst, ICICI Securities in a report published on October 9.

According to the report, well-placed listed developers which accounts less than 5% of the total builder community in India will see strong response in the second half of the financial year 2019-2020 as most unlisted real estate firms continue to grapple with shortage of funds and stalled projects.

While overall sentiment looks weak, there is enough interest for new launches from leading, organised developers with a strong execution track record, Chattopadhyay said adding that homebuyers have become more discerning in the last few years.

Home sales in July-September declined 18% in the top seven cities hit by a ban in subvention schemes and excessive rainfall, as per real estate advisory firm by Anarock Property Consultants Ltd. Around 55,080 units were sold in the top seven cities — Mumbai Metropolitan Region (MMR), National Capital Region (NCR), Bengaluru, Pune, Hyderabad, Chennai and Kolkata, as per the report. On a quarterly basis, housing sales were down 20%.

“We believe that discounts/sales promotion will speed up ready inventory monetization. We remain constructive on volumes with muted expectation on pricing power,” Kandpal said.