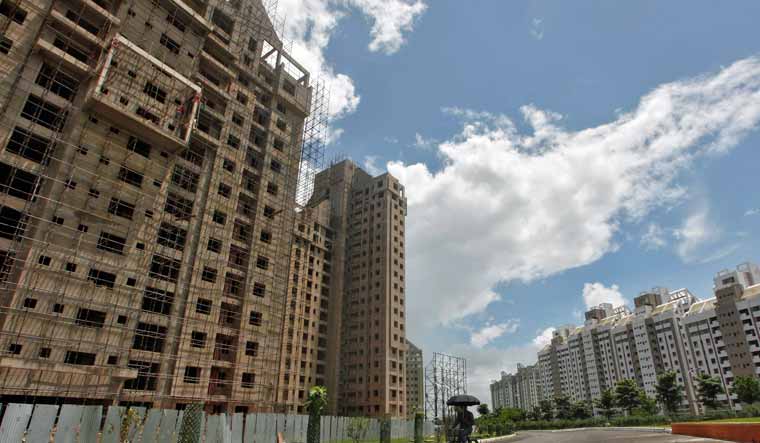 In the wake of slow sales and a liquidity crunch that has left realtors gasping for finance, residential developers in Mumbai are reworking on project plans and reducing property sizes so that they will be more pocket-friendly, according to a top executive.

India’s residential real estate sector took a knock post demonetisation announcement in November 2016, which was then followed by the Goods and Services Tax and the implementation of Real Estate (Regulation and Development) Act. A wider slowdown in the economy and a crisis in the non-banking financial services sector, which is a key source of funds for developers, has also impacted the sector.

“The real estate market in Mumbai and overall in India is hit by three major tsunamis. First, it started with demonetisation, then it was RERA and the third is GST. The slowdown in the economy has also hurt a lot; unemployment issues are there and lastly, the NBFC issue. Real estate funding is generally through NBFCs. Unfortunately, because of IL&FS, the liquidity disappeared in the market. That has led to overall liquidity problems in the real estate sector,”  Deepak Goradia, vice-chairman and MD of Dosti Realty told THE WEEK.

According to the latest report by consulting firm JLL, residential sales in India’s top seven cities between January-September 2019 rose 14 per cent year-on-year to 115,073 units, suggesting that the sector is on the road to revival. However, sales are still lower than the 119,672 units sold in the same period prior to demonetisation (January-September 2016). In cities like Mumbai, Delhi and NCR, developers have focused on mid-to-affordable segments to launch new projects.

Goradia says that companies are now focusing more on customer preferences and budgets, rather than what the developers thought was ideal size. “Earlier, we used to design a two-bedroom apartment of around 750-800 square feet carpet area. The prices would go up beyond Rs 1 crore in an area like Thane, plus you add stamp duty, registration etc. So, the ticket size of the flats would go up to Rs 1.4-1.5 crore. Now customers do not mind flats of lesser size as long as these fit their pockets. Same thing is happening across Mumbai. Now, we are designing two-bedroom apartments even in 540 square feet; so it fits the budget of the customer,” he said.

In a city like Mumbai, developers have for long complained the delays in getting various clearances, including those related to environment, defense and civil aviation. Despite this, developers like Dosti are going back to the drawing board, reworking on plans for new projects to make them more budget-friendly for a customer, even if it means that the project launch may get delayed by several months or a year.

“In projects where the work has started, we can’t change the plans. But, where work has not started, we replan it, take all permissions again, reduce the size of apartments, increase the number of apartments, go vertical to consume the floor space index,” said Goradia.

He also said that developers have become selective and are not launching a large project in one go, but focusing on launching a couple of buildings at a time, and only launching newer buildings once bookings are received for 40-50 per cent of the homes launched in the project.

Dosti has completed several projects in and around Mumbai and is also gearing up to launch a new project in Pune. It currently has four ongoing projects and is targeting four to five new launches in the next six to nine months.

The government has recently announced several measures to ease liquidity constraints in the NBFC sector. It also announced various other measures to lift the economy, including a cut in corporate tax. The hope is that these measures will help reduce the stress on sectors like real estate and also drive a growth in demand.