Investors can explore options such as warehousing, co-working spaces and even co-living. 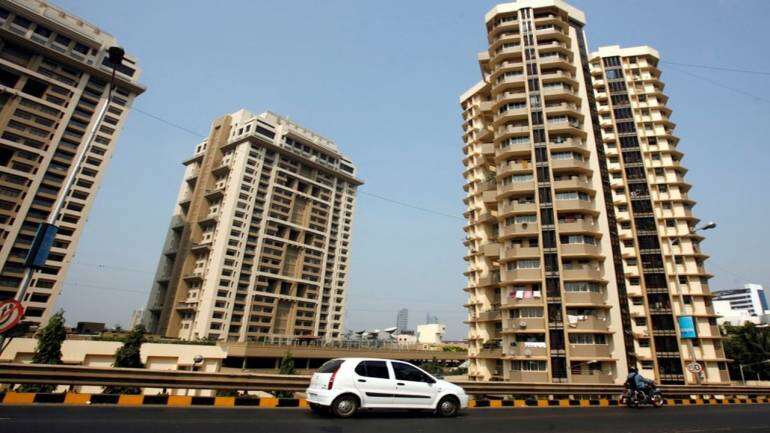 With ready A-grade rent-yielding commercial assets becoming scarce and the residential market no longer offering the kind of returns it did a few years ago, investors are now turning to sunshine options such as warehousing, co-working spaces and co-living.

The launch of Embassy REIT in 2019 opened up a new asset class for investment in country. Its success can be gauged from the fact that between 18 March and 30 November 2019, the price of a single REIT unit reached Rs 445.3 from a launch price of Rs 300, registering a significant 48 percent rise.

The country is expected to see the launch of more REITs in 2020.

esidential continued to struggle under the funding crunch and slow annual sales growth. In fact, affordable housing remained upbeat in 2019 thanks to multiple government sops throughout the year. First-time homebuyers were given further tax deductions (now amounting to Rs 3.5 lakh in a year) on interest amount of home loans below Rs 45 lakh availed within the financial year 2020 end. Luxury and ultra-luxury segments remained limited to end-user interest, with no serious investor activity.

For the housing sector, the only light at the end of the dark financial black hole in 2019 was the announcement of the alternative investment fund (AIF) of Rs 25,000 crore to facilitate the completion of stuck affordable and mid-segment homes.

In 2020, the government’s stressed asset fund is expected to play key role in fulfilling last-mile funding for liquidity-hit stalled projects, according to an assessment by CARE Ratings.

According to experts, residential growth in 2020 will mainly depend on the swift on-ground implementation of some of the previously-announced sops. If not, it may negatively impact the sector with buyer sentiments derailing even further. And if done timely, these measures will yield positive impact on the Indian real estate in 2020. A major part of the residential growth will most likely unfold in the second half of 2020. And, the financially stronger players will stay ahead in the game.”

The year 2020 is also expected to witness multiple IBC-led resolutions of large real estate companies. This in-turn is expected to improve buyer sentiment and also revive some of the key markets in NCR and Mumbai-MMR in terms of demand for housing units.

Activities in rent-yielding commercial asset segment and construction across new segments like warehousing, as interest from foreign investors will continue to be elevated in 2020.

There is a major shift from investors putting in their money into small office spaces to co-working spaces. There’s also been a trend wherein investors are buying into large floor plates and handing them over to co-working players to manage such spaces on a revenue share model with their gains often working out to be around 13-14 percent IRR, said real estate experts.

Student housing is yet another option as it is a resilient and a risk averse segment.

The industrial and warehousing sector has attracted Rs 254 billion worth of investments since 2017, with a growing demand for larger facilities among e-commerce companies and third-party logistics. The inflows are expected to touch Rs 495 billion by 2021, as existing participants expand their portfolios and new players enter the market, says the report by Colliers Research.

The concept of co-working spaces essentially involves groups of individual professionals and small and increasingly large-scale businesses who share workspaces. In an age when business cycles have dramatically reduced and companies need to constantly innovate to survive and remain competitive over the long term, a co-working workplace may provide the environment that fosters fresh thinking and innovation.

Besides companies, people such as business nomads, expats or those travelling to the country for a limited period are amongst those preferring to work out of plug-and-play co-working spaces. Another constituent is the growing volume of freelance workers (gig economy) who support corporate entities with specialised outsourced services in the advisory, consulting and designing domain such as recruiting and advertising, says a Knight Frank report.

Co-working spaces also enable the typical start-up to bypass the fixed rental cost with the additional capex requirements of fit outs and operational hassles of a traditional office space and opt for the flexibility of a co-working office. This not only allows the new business to occupy a contemporary workplace on a per seat basis but also the flexibility to increase, reduce or to exit the workplace.

Around Rs 22,100 crore of institutional capital has flown into this sector during this period. The actual size of capital movement would be higher, as these numbers only cover the major investments by organised players.

Going forward, demand for large warehousing spaces is likely to see steady increase as occupiers now to move out of their smaller warehouses and consolidate their activities in larger facilities, which are presently in short supply compared to the demand.

As more and more companies streamline their logistics networks,  unorganised players or smaller organised players would consolidate or sell their assets to larger ones. The industry is expected to witness a structural shift over the next 3–5 years.

The warehousing aspect in the logistics supply chain globally is going through a transformation. From being a mere storage space provider for goods, the segment is offering an array of value added services such as packaging, small scale manufacturing, cross docking, automation, algorithm based demand forecasting and distribution centres.

Warehousing will be in demand regardless of REITs simply because of the push for logistics infrastructure in the country. GST rationalisation, and the growth of e-Commerce are additional drivers for large scale warehouses in various locations. Additionally, with India’s logistic industry being awarded the infrastructure status there is more interest in the sector for investments. Investments in Tier 2 cities and the outskirts of metros is a good bet by as they are perfect for a hub and spoke model and allow for easy transportation, say real estate experts.

Student housing offers opportunities both to those who have the appetite to invest and developers who could bank on it as a lucrative rental yielding revenue stream. Currently, there are several players in the student housing space who have entered the market knowing fully well that there is huge demand but lack of supply. These include Your Space; Oxfordcaps which offers premium student housing facilities in Delhi-NCR and is headquartered in Singapore and Stanza Living.

The current demand for Purpose Built Student Accommodation (PBSA) across India is over 8 million bed spaces, a figure which is expected to grow at a rate of around 8 percent each year to touch 13 million beds by 2025, according to the Global Student Property 2019 report by Knight Frank.

Currently, the bulk of the student housing demand is serviced by the unorganized sector comprising rented accommodation and private hostels. These properties are often below student expectations. The demand supply gap coupled with strong fundamentals of the sector has led to an increase in investor interest to develop and operate well–located, high–quality purpose built accommodation.

Knight Frank estimates that there is currently a potential to deliver 6 million PBSA bed spaces on greenfield land located in close proximity to universities, while a further 2 million can be delivered through retrofitting and augmentation of existing on–campus hostels, said Saurabh Mehrotra National Director of Advisory Services, Knight Frank India.

Among the top hot spots for student housing are Bengaluru which has the highest concentration of university colleges in India.The current student population in professional courses is estimated at 6,60,000 out of which 3,06,377 require accommodation. Of this only 10 percent is covered by on-campus PBSA provision.

In India, the co-living spaces opportunity is here to stay as the millennial population currently accounts for 440 million. The growing interest for co-living spaces in cities such as Bengaluru, the National Capital Region (NCR) and Pune has been instrumental in many investors sitting up and taking notice of this emerging sector to diversify their portfolio and risk.

The demand for co-living spaces in terms of the number of beds is slated to grow from to 5.7 million, up from 4.19 million. The share of private beds shall rise from 15 percent to 30 percent of the total demand in the co-living segment, says a report by Cushman and Wakefield India titled Co-living – Redefining urban rental living.

The renting philosophy for co-living spaces is derived from millennial behaviour where such renters share less utilised areas such as living spaces, kitchen, balconies, etc. in order to make an economical rental decision and be part of a working community.

This trend is giving impetus to an organised rental market in cities such as Bengaluru, NCR and Pune in the same way as co-working spaces did for shared office spaces.

Co-living operators typically take properties on long-term lease from property owners, bear the makeover costs, load the properties with amenities and invest in creating a tech platform for residents. They also charge on per bed basis from renters for managing the properties.

According to Ashish R Puravankara, MD, Puravankara Ltd, close to 11 million square feet is in the pipeline for the next 4-5 upcoming quarters.

“We will be launching 4-5 projects with close to 8msft in the next 12- 18 months. Apart from our existing markets like Bengaluru, Chennai and Kochi, the brand will enter Mumbai and Pune market. We will be adding couple of more projects to our newly launched ultra-luxury residential line – WorldHome Collection– in the next couple of quarters. We are also focused on expanding commercial portfolio through warehousing, co-living and co-working spaces,” he told Moneycontrol.