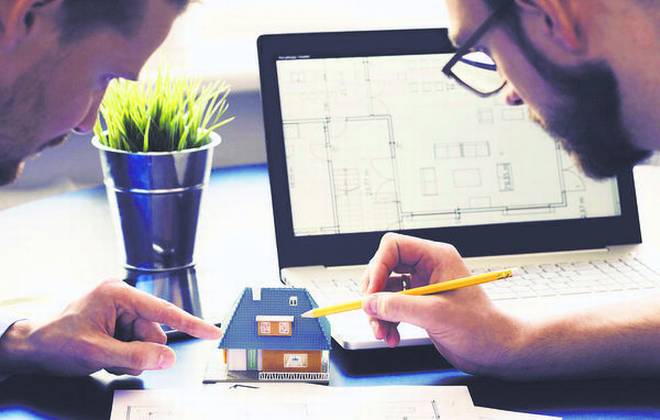 According to a World Bank report, India received $79 billion in remittances in 2018 — with a sizeable portion going into real estate. NRI investments into the Indian realty market are led by Indian expatriates from UAE, USA, UK, and Canada.

Several factors have made these cities top picks:

The Indian population in UAE has grown to 3.3 million — the largest concentration of Indians outside India. According to the Reserve Bank of India, the UAE accounted for 26.9% of inward remittances in 2018.

The NRI segment of Dubai is a particularly large buyer base for Indian realty. The rupee’s decline in value against the Dirham has further boosted remittances and made Indian real estate investments even more lucrative for NRIs.

What they invest in

Traditionally NRIs invested in high-end luxury properties back home. For end-users, such properties offered them the international lifestyle they are accustomed to. For investors, these properties generated sizeable rental income.

While the end-user demand for Indian luxury properties continues, albeit on a more muted note, many NRI investors have now turned their focus to affordable and mid-segment housing. This is because the Indian government has provided considerable incentives to buyers in these segments, and also because such properties are in high demand, they give a higher rental yield as well as long-term appreciation.

Having burnt their fingers on dubious developers in previous years, NRIs now prefer to park their investment with reliable, organised builders who have registered their projects under RERA and are generally known for transparent business practices.

NRIs generally prefer investing in properties in their home state or city, largely because they are more familiar with those territories and invariably have family or friends who can handle the management and renting aspects. However, more experienced investors with sufficient knowledge about other cities — or those working with reputed real estate consultancies — do foray into other cities as well. 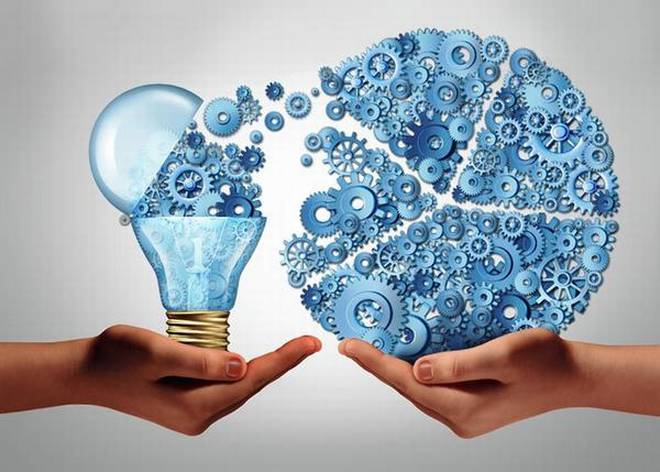 As per ANAROCK’s recent report Private Equity in Indian Real Estate, of the total $14.01 billion PE funds pumped into Indian realty between 2015 to 2018, approximately one-third were invested by Singapore-based firms during the period — the highest among both domestic and foreign investors. However, of the total PE inflow of $1.1 billion in Q1 2019, there were no investments from any of the Singapore-based PE investors such as GIC, Ascendas and Xander.

With funding from banks and NBFCs drying up over the last few years, Indian developers were being forced to explore debt and equity funding from various private equity players. Singapore investors were on top of the list, followed by PE players from US and Canada. After establishing a strong base in China, India was their logical next destination of preference.

In fact, with their more patient and long-term outlook, Singapore-based investors and developers have gained a substantial foothold in India’s property market over the last four years. In in 2015 and 2016, Singapore-based PE players pumped $1.15 billion into Indian real estate. This saw a three-fold jump in 2017 and 2018 — to nearly $3.5 billion.

Major players including GIC, Ascendas-Singbridge and Xander have been making steady investments into India. However, in recent years they have scaled up their investments and developments across segments. Besides commercial spaces including office and retail, players like Ascendas are also diversifying their portfolios and eyeing sunshine sectors like logistics and warehousing.

Steady demand environment along with increased absorption of office space has prompted South region to gain momentum in 2018 with overall investments being tripled — from nearly $755 million in 2017 to $2.24 billion in 2018.

Bengaluru, Chennai and Hyderabad together comprised 54% overall share of PE inflows in 2018. While Mumbai in west continued to be the most preferred city for investments with 38% of the total capital inflow, Hyderabad witnessed a sudden burst in investments in 2018, contributing more than half of investments received by Southern India.

With regards to Singapore-based investors over the past four years, GIC has invested close to $2.5 billion in overall Indian real estate, mainly in cities like Mumbai, Chennai, Bengaluru, Hyderabad and NCR. For Ascendas, the preferred cities have largely been Hyderabad, followed by Chennai and MMR.

US-based investors pumped in nearly $4.0 billion in the same period (2015 to 2018) and more than $700 million in the first three months of 2019. From the leading US-based private equity players including Blackstone, Goldman Sachs, Hines, Warburg Pincus and Proprium Capital, Blackstone alone infused nearly $2.9 billion across Indian cities over the last four years.

PE players from Canada, led by Brookefield, were the third-largest investors into Indian real estate over the last four years, with PE infusions close to $2.3 billion. The other major PE player active in India is Canada-based pension fund CPPIB.

The writer is MD and CEO, Anarock Capital 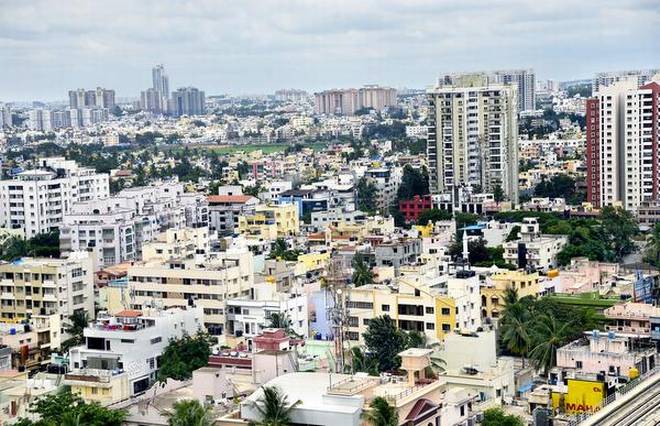 The recent changes in GST rates on under-construction property and affordable homes seems to provide a succour to home buyers just on the surface. It may in may ways with new rates trigger the return of black money and pressure the already beleaguered sector. Allowing developers to choose between old or new rates for new projects from April 1 also goes against the ‘one nation, one tax’ vision.

It rarely happens that the government’s move to create policies that benefit the consumers may end up changing things unexpectedly and trigger adverse outcomes.

In the current environment of endless changes to the GST, the tax evokes mixed feelings from different sections of society. In February 2019, the government reduced the GST for under-construction flats, including affordable homes.

Before the reduction the effective GST levied on payments for under-construction property was 12%. This was also applicable to ready-to-move-in homes where completion certificate (CC) is not issued at the time of sale. The GST on affordable homes was 8%. On ready homes with completion or occupancy certificate, as the term may vary across States, the GST rate was 0.

Customers fancied the ready homes as they were apprehensive of the 12% tax they had to pay on a home that is under construction.

After the February cut, the GST on under-construction homes has been reduced to 5% while for affordable homes it is just 1%. However, at the same time the government has also removed input tax credit (ITC) which was available earlier when the rates were 12% and 8% respectively.

The GoI went on to say that this will facilitate more demand in the sector as prices come down though, for reasons beyond our comprehension, it looks like the move at present is acting otherwise.

The government’s main motivation in moving to reduce the GST rates on these housing segments was to appease customers who felt that developers were not passing on the benefits of ITC to them through reduced house prices. Hence, the 33rd meeting of the GST Council decided to simply lower GST and remove the complexities of ITC.

In the final assessment, however, it may seem that customer might actually be worse off due to the reduced GST rate which also works against the already beleaguered real estate sector.

Applying the current GST rates to the above prices the final price of the house works out to ₹6,300 at 5% with buyer having to shell out an additional ₹30 to account for the negative difference in taxes.

On the surface, doing away with input tax credit will marginally increase the cost for developers but it will also remove the disputes of ambiguity over passing on benefits to customers. In the bigger scheme of things, however, this reduction in the GST will only positively impact the prices of homes where the price of land is high, such as in the metros of Mumbai and Delhi. In smaller metros such as Pune and Bengaluru where price of land is much lower and construction costs are higher, the impact of this reduction will be negative. This adversely affects the low and middle income categories and the affordable housing sector.

Even though the overarching aim of this move is to reduce tax burden on buyers and bring in more transparency, there is also scope for the reverse to happen. The government plans to curb the return of black money to the construction sector by providing the condition that a very high percentage of goods (currently proposed at 80%) will have to be procured from GST-registered dealers. This, however, will once again increase compliance costs which is contrary to the stated aim of simplifying tax implementation.

Furthermore, input credit tax helped bring even the smaller players such as contractors and vendors into the formal system and within the tax net. Removal of ITC undoes this good and incentivises transactions in black money.

The definition of affordable housing has also created scope for creative accounting and the return of black money. For example 90 sq. m.homes priced up to ₹45 lakh in non-metros such as Pune come under affordable housing. In the case of homes costing upto ₹65 lakh, customers can pay ₹20 lakh in cash, make an agreement of ₹45 lakh, and take the benefit of 1% GST.

As of March 19, the GST Council has approved a transition plan wherein the new GST rates will be applicable from April 1 for all new projects. Developers will be given reasonable time in consultation with States to implement the new tax structure. For under-construction projects developers can choose either the old rates with ITC or new rates without ITC. This latter decision is contrary to the ‘one nation, one tax’ vision as developers can choose from multiple GST rates for under-construction projects.

There is a lack of clarity about why the government opted for this GST model rather than a revenue neutral stance which also retains the benefits of ITC. The biggest concern of the industry post this move was that effective costs went up and it was not perceived as a revenue neutral measure. Simultaneously, there is a section of industry that feels that cement may be brought to a lower tax slab and in general the GST rates may be lowered. However that isn’t something one can bet his money on.